Fred was Born in Torrance California in 1961, and graduated from Compton Senior High, and California State University Los Angeles. He Majored in Radio/TV-Film, and a Minor in Business Adminastration, with plans to enter the film industry.

Fred got his break to work in Radio at KUTE 102, in 1979. Then Program Director Frankie Crocker daringly hired Freddie out of internship with his  newly selected staff and allowed Freddie to announce that he was Southern California’s youngest broadcaster. Freddie began broadcasting immediately after his high school graduation, and the very start of his freshman year -  summer session in College.

Beginning his career at the age of 17, Freddie used his short name that derives from his birth name "Alfredo" because he thought it wasn’t presentable to the Urban Market. It was while at KACE radio Program Director Cal Sheilds renamed him. Formerly known as Alfredo, he dropped the names: Freddie Cee and now use Fred to appeal to a more universal Market.

Fred launched and or Assisted with the start up with many Radio Station formats and Programming radio stations throughout Southern California, and to date he is one of only a few host to remain in the LA Market. Fred has been able to cross market music Formats: Country, Christian, Rock, Hip Hop and R&B - An accomplishment that many more known Jocks haven’t done.

Freddie was among a new breed of young, aggressive, urban filmmakers in Hollywood. He started his journey into the business of the Film entertainment industry in 1993 when a fellow friend, and now legendary hip hop recording artist WC (Dub-C, William Calhoun Jr.) of the Mad Circle and Westside Connection group, urged him to come aboard as an Audio Playback Person on a filmed Video Shoot set in Los Angeles, California.

Freddie took advantage of this opportunity, learning all he could over the next several years, while returning back to College, and worked endless hours in the highly competitive world of radio, etching a successful name for himself as Production Engineer /on-air personality.

During this time, Fred was also hard at work behind the scenes on various Movies, tackling everyday station programming, managerial and political duties. Thus, staying focused and determined to break the odds against him.

Fred became known throughout the radio and record communities as a solid #1 ratings holder year after year, as well as an innovative programmer and risk taker whose fresh- out-of-the-box style work led him to share in the success of ground breaking TOP 40 radio stations like: POWER 106 FM, and HIP HOP Rap KKBT  92.3 FM.

By the 1990's end, Fred had become the voice of many other radio stations and was in demand as the creative writing force and voice of hundred of radio commercials and station promotions. (Freddies voice work can still be heard on radio station today).

While promoting and marketing major recording artist, music concerts, and other products, Freddie received an Addy Awards for his work. (The Radio Advertising equivalent to an Academy Award)....
Freddie was nominated to win a Golden Mike award, (Contributions to the Recording industry), and lastly, in 1996 Fred was nominated for a Grammy for Audio Production.

By 2000 end, Freddie had finished a full-length feature, "Conspiracy on the Hood," starring rappers: Ice Cube, Ice T, and Queen Latifah.  Although The film was never put into production, It caught the attention of Rapper Master P. (Percy Miller), Jeff Clannagan, and Joe Osborn – who left him on cold ice in 1998, but because Freddie Assisted Percy Millers Career in the middle 1990's with connecting to the right Sources (Priority Record A&R VP Mr. Marvin C. Watkins),  it catapult Freds work on another level.

AJC Film works was born and Fred was busy on the sets of over a dozen film and television productions through-out the years.
The Films include:

to name a few

Freddie Cee Film works is looking forward to shoot Movies throughout 2015, and coming years  thereafter and beyond.

With a new full length feature, and Book, called “ I walked Away.”

Freddie is now in pre production with Several other projects due out 2016-17.

“Un Equally Yoked” is a gritty spiritual drama based on; A test of faith, finding God’s purpose, and Life restoration after coming out of a bad relationship - sacrificing oneself to save another.

For more information go to:

Rehabilitate or Reciprocate / in the Los Angeles Times 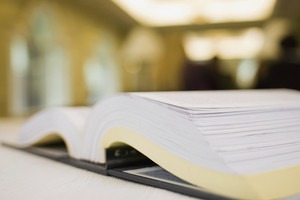 I always love to hear from prospective Employer, Clients, Fans, Friends, or Readers. Please don't hesitate to contact me at  www.fredjcastro@fredjcastro.com

Connect one of my Social Sites:

To learn more about my upcoming films - on set jobs, Announcing Gigs, book releases and or bookstore signing events, go to on of my social Connects: